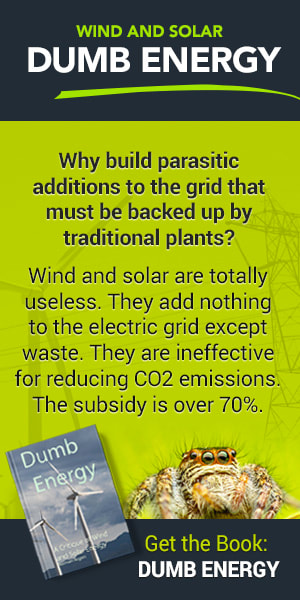 Introduction
This list of books is limited to books on my side in the climate and energy debates. The energy debate is somewhat separate from the climate debate. The climate debate concerns questions such as are the predictions of global warming from greenhouse gases credible, and if warming does take place, will it be a serious problem. This debate is highly technical because it involves the intricacies of computer modeling, measurement of the Earth's climate and statistics. The case put forth by the advocates of climate alarmism, and the International Panel on Climate Change (IPCC), are simply terrible, but the counter arguments to show why this is so are so technical and complicated that all readers will be quickly lost, except for those with advanced technical educations and considerable patience. As a result most expositions on climate change rely on authority of the sort that my scientists are better than your scientists. The trouble is that the scientists that promote global warming alarmism are part of an establishment that profits mightily from that alarmism.

My opinion is that no definitive solution is available for the climate debate. There are too many things that can seriously affect climate. Greenhouse gases is one. Others, for example, are the overturning circulation of the oceans, the sun and its magnetic field, weather patterns and clouds, and chaotic variations. A decisive event was the early century warming from 1910 to 1940. That warming could not have been caused by CO2 (not enough CO2 then) but is as big as later warmings that are attributed to CO2. How can later warmings be attributed exclusively to CO2 when the early century warming cannot be explained?

The energy debate is quite different because it can, to some extent, be decoupled from the climate debate. The global warming establishment, typified by the Sierra Club and the left of the Democratic Party, advocate reducing CO2 emissions by using so called renewable power. There are many types of renewable power but only wind and solar have the potential to be scaled up to the size of supplying a significant part of the grid load.  Large scale hydroelectric power is a special case, since some consider it to be renewable while others reject it because they are against dams in general. Although nuclear power does not emit CO2 and potential fuel supplies are nearly unlimited, it is firmly rejected by the green left. This is more than a little odd because if you really believe in the future global warming disaster, the path to reducing CO2 growth in the atmosphere is clearly via nuclear. Some sincere believers on the left have embraced nuclear power, but they are unusual exceptions.

My own book, Dumb Energy: A Critique of Wind and Solar energy, is a book about energy, but there is one chapter on climate. In that chapter I concentrate on showing the lack of credibility of the advocates of global warming alarmism. In my exposition of the economics of energy, I show that wind and solar energy are highly subsidized, from over 70% to as much as 90%. I compare the cost of electricity from wind and solar with the cost of electricity from natural gas, the main up and coming source of utility scale electricity. The book also examines questions of grid resilience. A little discussed issue of the possibility of a lengthy (years) collapse of the grid from sabotage or electromagnetic pulse. I try to be authoritative without becoming impossibly technical. Unlike many books, my book is brief and to the point. In the Internet age people are not interested in lengthy and meandering books suitable for lazy Sundays.

Almost all of these books are available on Amazon, usually both as e-books and as paperback books. A few books of historical interest are out of print but available used.

The Little Green Book of Eco-Fascism by James Delingpole - This is a book of humor most accessible to those familiar with global warming skepticism. Arranged in alphabetic order. For example, the entry on Canada --> 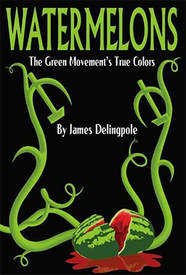 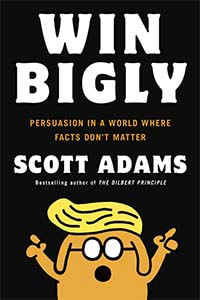 Win Bigly: Persuasion in a World Where Facts Don't Matter by Scott Adams - This is a book about human belief and delusion. Trump and climate change are used as illustrations, among other illustrations. One of the chapters is: The Myth of the Rational Mind. Scott Adams is the Dilbert cartoonist. The theme of the book is that false belief and delusion are far more common than is commonly assumed. I wrote an article on the same subject: Pareto Speaks to Us About Environmentalism.
The Tyranny of Experts: Economists, Dictators, and the Forgotten Rights of the Poor by William Easterly - "The slight of hand that focuses attention technical solutions while covering up violations of the rights of real people is the moral tragedy of development today." "The technocratic illusion is that poverty results from a shortage of expertise, whereas poverty is really about a shortage of rights." This book is included here because it is an illustration of how expert opinion can be very wrong. That is the exact situation in the energy and climate arena. Easterly is an expert, an economist, that disagrees with consensus expert opinion.
Eco-Imperialism: Green Power Black Death by Paul Driessen - From the Amazon Description: "Reveals a dark secret of the ideological environmental movement. The movement imposes the views of mostly wealthy, comfortable Americans and Europeans on mostly poor, desperate Africans, Asians and Latin Americans. It violates these people's most basic human rights, denying them economic opportunities, the chance for better lives, the right to rid their countries of diseases that were vanquished long ago in Europe and the United States." 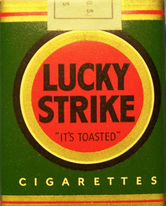 Propaganda by Edward Bernays - This book was originally published in 1928. Edward Bernays was an advertising man, often called the father of public relations. In 1928 propaganda was not as sinister a word as it is today. Bernays is famed for many pubic relations campaigns with a subversive flavor. For example, women showed reluctance to smoke Lucky Strike cigarettes because the green and red package clashed with women's fashions of the time. The color of the package could not be changed due to the massive investment in publicizing it. Instead Bernays launched a campaign to make the color green fashionable by such devices as a green ball attended by important society figures. The point of Bernays book is that what people believe is often formed by what various elites want them to believe. Climate change and renewable energy are perfect examples of this. Even though scientific backing is lacking, much of the public believe that these things are to be taken seriously. Scientific backing is different than backing by scientists. The green Lucky Strike package went away before green became the color of politically correct environmentalism.
Seeds of Science: Why We Got It So Wrong On GMO's by Mark Lynas and Nuclear 2.0: Why a Green Future Needs Nuclear Power by Mark Lynas - Mark Lynas is an interesting case study because he is an environmental activist that changed his mind in the face of facts. He changed his mind on GMO's and nuclear power. He has not changed his mind (yet) on global warming/climate change. The difference may be that opposition to GMO's is mostly anti-scientific and GMO's have huge financial benefits. The opposition is mostly composed of environmental extremists with a very high ignorance quotient. This situation is similar for nuclear power with the added feature that nuclear does not emit CO2, something that should make it appealing to believers in global warming. For Lynas to take the next step and renounce global warming would be a dangerous step for his career. Stay tuned.
Paradise Destroyed: The Destruction of Rural Living by the Wind Energy Scam by Gregg Hubner - Hubner lives in rural South Dakota and is intimately familiar with the tactics of the wind farm developers and the negative consequences for the existing residents. He also understands that wind energy is "... an intermittent supplemental energy." Hubner explains the tactics used by wind farm developers. They promise money to land owners and public institutions. He documents the loss of property value for properties near wind farms.  Hubner is a professional appraiser, so his comments carry weight. Of course, the entire industry is financed by government subsidies and special deals. He also discusses the health effects of wind farms.

Environmentalism Gone Mad: How a sierra Club Activist and senior EPA Analyst Discovered a Radical Green Energy Fantasy by Alan Carlin - Alan Carlin, educated as both a physicist and an economist, worked for many years in the Environmental Protection Administration (EPA). He gradually came to the realization that the EPA had abandoned science in favor of politics. When the Obama administration began an aggressive political operation to misuse the EPA to bypass congress and establish radical green policies he objected and was forced to retire. His book gives insight as to how the government really works when politics supersedes science. He urges doing away with wind and solar subsidies and mandates.

​Global Warming Skepticism for Busy People by Roy Spencer - This ebook is $7.99 from Amazon. Roy Spencer is a prominent scientist and one of the most distinguished skeptics of the man-caused global warming catastrophe thesis. He is a research professor at the University of Alabama at Huntsville. His colleague, John Christy, is also a prominent skeptic. Spencer has written at least 6 books related to global warming. This book is an attempt to make the serious science accessible to the educated reader. That is not an easy task and he is only partially successful.  One of the most valuable parts of the book is a series of graphs, based partly on Christy's work, that refute the common claim that extreme weather is getting worse due to global warming. For example, heatwaves have not increased. Droughts and floods have not increased. Tornados and hurricanes have not increased. Wildfires have not increased. Sea level does not show global warming caused trends. Arctic sea ice trends are not alarming.  Spencer discusses the pressures on climate scientists to toe the line on global warming alarmism. He has been victimized by this many times. He discusses why people believe what they do and often the facts be dammed. Even among climate scientists most don't have an in depth knowledge of the skeptic versus believer arguments. Non-science academics usually swallow every extreme claim of the alarmists and then pontificate on the mental deficiencies of the skeptics. This continues a trend that may have been started by the 1950 book The Authoritarian Personality that investigated the supposed mental handicaps of the people that disagreed with narrow-minded, Marxist, and provincial academics.

The Politically Incorrect Guide to Climate Change by Marc Morano - The wonderful thing about this book is that it recounts history that global warming believers would rather forget and erase from the history books. The global cooling fad of the 1970's is recounted in detail. Some of the same people that promote global warming were formerly promoting global cooling. The fake 97 percent scientific consensus for global warming is exposed. The highly political IPCC is laid bare. Another chapter is on the ever receding global warming tipping point. There is the often repeated tactic of invoking the welfare of children that will supposedly grow up in a world of disastrous climate change. We learn why "global warming" became "climate change." It was embarrassing to promote global warming while the globe was conspicuously not warming.